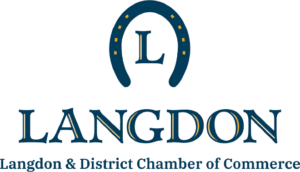 Join ATB’s Siddhartha Bhattacharya as he discusses the current state of Alberta’s economy and outlines some projections for what is to come in 2023.

Worried about how the economy will affect your business goals in the next few years? This free webinar will help you find these answers with the best predictions for what Alberta’s economy will look like in the year 2023.

Siddhartha Bhattacharya is an Economist at ATB Financial where he is primarily responsible for generating Alberta’s economic forecast & scenarios by analyzing trends in the provincial economy and across global markets.

A seasoned professional with nearly a decade of experience in macroeconomic research & analysis, Siddhartha is known for keeping an eye on major economic events around the world and applying critical thinking to evaluate the causes and implications. Before starting in his role at ATB, Siddhartha was an Economist at Alberta Treasury Board and Finance for over five years, where he led most of the team’s macroeconomic forecasting, modelling & impact analysis work as well as conducted research on current topics & trends for publication purposes.

Siddhartha moved to Canada in 2012 and graduated from the University of Calgary with an M.A. in Economics in 2014. He also holds an M.Sc. in International Business from the UK and a Bachelor of Commerce degree from India.